When possible, stress testing involves exercising a patient on either a treadmill or cycle ergometer and monitoring his heart rate, blood pressure and electrocardiographic (ECG) response to increasing exercise intensities. To enhance the diagnostic value of stress testing, patients also undergo myocardial perfusion imaging, also known as a nuclear stress test. For this test, the patient is infused with a radioactive isotope at two separate time points, once at rest prior to the exercise testing and again at the end of the exercise protocol. The isotopes are picked up by the nuclear camera, and abnormalities in blood flow to various regions of the heart can be detected. During exercise, the coronary arteries undergo a process called vasodilation in which the blood vessels enlarge to allow for increased blood flow to reach the heart muscle. In patients with heart disease, the coronary arteries don’t dilate to the same degree as healthy arteries, and therefore increases in blood flow through those arteries is limited. This lack of dilation is detected by the nuclear camera, and areas of the heart that are at risk for permanent damage can be treated more efficiently.

Exercise protocols can be exceedingly demanding for patients to endure. For those patients who are unable to complete the exercise protocol, a pharmacological nuclear stress test is recommended. This testing method uses a drug to mimic the response of the cardiovascular system to exercise. Adenosine and Persantine are vasodilators used in pharmacological nuclear stress testing.

Adenosine
Adenosine is a potent vasodilator that binds directly to adenosine receptors in the walls of the coronary arteries and allows for a three- to five-fold increase in blood flow through these vessels. Diseased arteries, however, inhibit such extensive dilation. The “Procedure Guidelines for Radionuclide Myocardial Perfusion Imaging” published in the journal Heart state that adenosine should be infused for approximately four to six minutes, even though maximal blood flow usually occurs within approximately two minutes of the start of infusion.

Persantine
Persantine, known generically as dipyridamole, is considered an indirect vasodilator because it causes an increase in adenosine. This then binds to the adenosine receptors and causes vasodilation. Because Persantine works indirectly, its process is a bit slower than that of adenosine. In a presentation for the American College of Cardiology, Dr. Sean Hayes stated that maximal vasodilation occurs between four and five minutes of infusion and persists for a longer duration than that caused by adenosine.

Side Effects
The side effects of adenosine and Persantine are similar. However, they tend to last a bit longer with Persantine because adenosine is eliminated from the system at a faster rate. The most notable side effects are chest pain, headache, dizziness, shortness of breath and feeling flushed. If the symptoms are severe or persist after the infusion is completed, a second drug can be administered to counter the effects of the vasodilators. 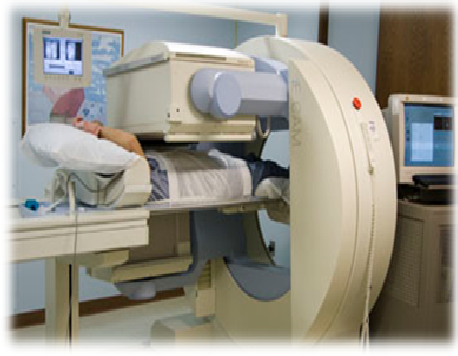